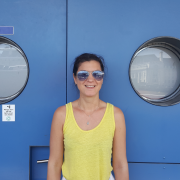 Russell in New Zealand is a seaside town and the oldest European settlement in the country. This breathtaking seaside village is located in the far north of the North Island on a peninsula adjacent to the harbor of Paihia.

Russell is accessible via passenger ferry, road, flight, and car ferry. At the dawn of the 19th century, Russell was known as Kororareka. Prior to the arrival of Captain Cook in 1769, Russell was already an established Maori settlement. Kororareka is said to have acquired the name when a wounded chief requested penguin soup.

After having a taste of the soup he said ‘Ka Reka ko kororā’, which translates to ‘how sweet is the penguin’S Russell grew as a result of the harbor. When you get to visit this town the first thing you should do is ask about its nickname and how the town got it.

Things to do in Russell is vary and have a great opportunity to do different kind of activities!

The weather in Russell is ideal for water sports especially in February when it’s the warmest. The locals refer to this heaven as the ‘Winterless North’. If you are visiting Russell for just a day then no need to hire a car. You should explore the town on foot or bike.

For anyone who loves getting one with nature, you should add a visit to Russell to your bucket list. This town is famous for its jaw-dropping views and charm. As you walk about the streets of Russell, one thing you won’t miss to notice is how New Zealand’s history is well conserved. Both the locals and the visitors say that stepping in Russell is like taking a trip back in time. The town boasts of having reliable accommodation and a variety of world-class restaurants. When in this quaint town there is a lot you can do.

Visiting the oldest Roman Catholic building in New Zealand should be the place you would want to visit first. The Catholic Mission Pompallier was constructed in 1842. Pompallier Mission initially started as a printery which at the time church texts were translated to te Reo Maori from Latin. This church is located just 3 minutes away from the wharf at Russell.

At this printery, you get the opportunity to experience hands-on vintage printery and tannery equipment. Another ancient building found in this seaside town is the Christ Church which is the oldest existing church in New Zealand. Surprisingly you can see the damages caused by musket ball holes during the New Zealand Land Wars.

Maiki Hill overlooks Russell giving viewers the best view of the surrounding environment. It’s a good location for photo sessions especially during the sunrise and the sunset. To access this hill you can either drive up or take a trail to the top. Taking a walk is the best way to explore this hill. At the top of the hill is where chief Hone Heke cut down the British flagpole more than four times.

If you are an art enthusiast then South Sea Art will fascinate you. This art gallery deals with fine prints, oils, and sculptures. They display art from the local to the international artists as well as offering Framing and shipping services.

Not far away by the use of a car, you can take a drive to The Gallery & Cafe which is situated within a tropical garden overlooking Helena Bay. This gallery is known for Contemporary Maori and Pacific Arts. At Gallery & Cafe, you will find a unique collection of wood art, carvings, paintings, hand blown glass, and jewelry.

After a long day exploring the beautiful town of Russell, it’s time to head indoors and get a massage. Head to the Russell Healing Massage where you can choose to have your massage indoors or out in the lush green private garden.

Russel being on the sea you can not avoid the waters. Tourists have the choice to walk on the beach or go into the waters for a cruise or fishing. If you want to take it a step further and have a little bit of fun the place to be is Donkey bay but don’t bring kids to this beach. You can charter a boat to head into the deep sea to fish for tuna, sharks, and marlin.

Looking for a place to wine and dine with your partner and maybe stay for a few nights then Duke of Marlborough Hotel is the restaurant that you should go to. Located at the waterfront of Russell this hotel offers a stunning view of the sea all you have to do is sit and let the world unwind before your eyes.

The Duke of Marlborough Hotel holds the first liquor license and up to date, it is still on the wall of this beautiful historical hotel. Russell boasts of housing the oldest operating restaurant called Gables that offers classic food that advertises the Far North culture.

Located 8 km away from Russell is Omata Estate Vineyard. They are dedicated to growing a small quantity but quality wine, making it the perfect place to hold private special gatherings. The vines grow on the northern side of the farm overlooking the ocean giving you the right mood to enjoy a glass or two of wine and match it with pizza cooked using a firewood oven.

The best part about having your wine at Omata Estate is that they offer courtesy transportation. Now you can enjoy your wine without worries about how you will get back to your hotel. But there is a catch, you need to book in advance this kind of service. The vineyard is open from 11 am to 6 pm throughout the week.

In case you don’t have enough time to visit all the wineries in Russell then have no worries. You can find their wines in Russell’s restaurants.

If you want to have factual historical details of Russell then a trip to Russell Museum may cure your curiosity. It is quite easy to locate this museum. It’s in the center of Russell adjacent to Christ Church. On arrival at the museum, you will have historical photos and other vintage exhibitions displayed.

This website uses cookies to improve your experience while you navigate through the website. Out of these cookies, the cookies that are categorized as necessary are stored on your browser as they are essential for the working of basic functionalities of the website. We also use third-party cookies that help us analyze and understand how you use this website. These cookies will be stored in your browser only with your consent. You also have the option to opt-out of these cookies. But opting out of some of these cookies may have an effect on your browsing experience.
Necessary Always Enabled
Necessary cookies are absolutely essential for the website to function properly. This category only includes cookies that ensures basic functionalities and security features of the website. These cookies do not store any personal information.
Non-necessary
Any cookies that may not be particularly necessary for the website to function and is used specifically to collect user personal data via analytics, ads, other embedded contents are termed as non-necessary cookies. It is mandatory to procure user consent prior to running these cookies on your website.
SAVE & ACCEPT